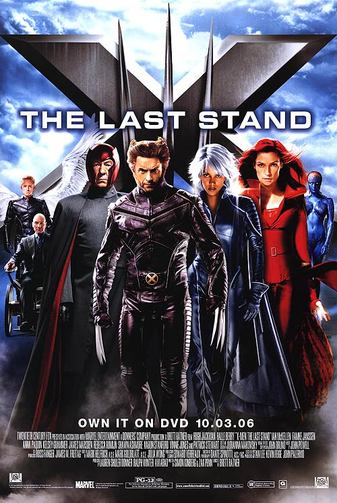 Major Plot hole: Let’s start this strong. The cherry on the cake of retardedness goes to Magneto who decided in a moment of senile magnetic epiphany that the best way for his army to get to Alcatraz island was to lift the fucking San Francisco Golden Gate Bridge and drop it over the island…instead of doing literally ANYTHING ELSE that would have prevented Alcatraz from being directly connected to the mainland for quick military response by the United States government. Think about it, the only reason another huge supply of soldiers show-up rapidly on the island is because they marched in a straight fucking line on the bridge Magneto put there. He gave them the opportunity to sandwich him: but that’s probably what he’s into ! God can you be that stupid.

Major Plot hole: Hey ! We are not done with Magneto. He is literally the worst army general of all time. You thought your inbreed cousin was bad at decision-making when he was playing Starcraft with the computer mouse in his ass? Think again! Magneto is the king of shit! He has a few hundred soldiers of minimal strength at his disposal to take over a base… and a fucking Phoenix who can dematerialize EVERYTHING she sees. But somehow, the microscopic part of his brain that was supposed to send a neuron-pigeon to say ”You know what, maybe you should minimize your losses and go straight for the win by using that breathing cheat code you have right beside you” simply stopped to shit on a neuron-car somewhere deep in his hypothalamus and never came back. Instead, Magneto sends his full army of weaklings to get killed first. You are not in a fucking video game Magneto! Those soldiers do not expect you to send waves of weak enemies before fighting a boss at the end. Stop living in Double Dragon you senile old fuck!

Major Plot hole: Guess what guys? We still haven’t touch the bottom of the barrel of betise (I hope this alliteration gave you a hard-on). If Magneto can lift the Golden Gate Bridge that is pretty much as big as the island itself…..why not simply drop it ENTIRELY on the island and kill everyone in 1 second? His whole plan was to take the boy who has the power to cure mutants. Why send a guy inside the base to find him if you can simply suplex the island with a fucking bridge? And if you could do that all along, why bring an army with you? And why didn’t you control Wolverine and Colossus as your two metal puppet bitches against their own allies? Nothing makes sense! My keyboard is dripping in vomit ! I need to put my head in the microwave for a minute to melt all this stupidity.

Major Plot hole: After everything is said and done, after all the murders he committed, Magneto is not in prison at the end of the movie. He is enjoying life in a park making everyone forget that he was once really close to kill 6 billion humans in the last film. If Hitler had a poster in hell, it would be of a bare-chested Magneto who got a lot closer than him in his quest of racial purity. The World has its own Super-Hitler….and yet he is free.

Major Plot hole: The greatest bromance of the trilogy was between Mystique and Magneto. For 2 films they are shown to have an immense respect for one another, great chemistry and a father-daughter incestuous vibe: the 3 ingredients of all meaningful relationships. This link between both characters meant that when Mystique was captured by the US government, Magneto was going to go through hell to take her back. And he does. But the second Mystique loses her mutant powers….after sacrificing herself to save Magneto….he completely dismisses her. Now that’s coherent.

Plot contrivance: Angel’s dad is about to fall to his death after Miles the Hedgehog drops him off the Alcatraz base. But surprise ! Angel flies at the exact micro-second moment to save his dad. He wasn’t with the X-men during the fight, he just showed-up out of nowhere at that exact moment and at the exact location needed for him to do this this one thing and to never be seen again. God this script gives me cancer.

Unaddressed Issue: Why is Rogue part of the X-men ? The typical days of X-men usually involve fights with police officers and other deadly mutants. What does a scared teenager with the power of being really good a freeze-tag doing in this elite mutant squad ? Seriously, she takes part in only one fight scene in the entire movie, the prologue in the danger room and she does….absolutely nothing. Wait, that’s not true. Her mere presence also adds a burden to all other X-men to continuously protect her from harm. She is utterly and completely useless as a warrior…..and yet Xavier was smart enough to be put her on the team. Yep.

Unaddressed Issue: So Professor Xavier has a super-brain feared by most mutants on the planet – but he needs an elaborate million dollar machine connected to it in order to locate mutants around the world. Surprisingly, a black chick with a needle in her lip who was not important enough to the story to be given a proper name has the same talent as Professor Xavier without having to use Cerebro. She can locate pretty much any mutant anywhere (like Mystique on a truck). Did that girl have the greatest mutant brain of all time? You would think Magneto would have said something about a young girl who literally makes the Cerebro he created with Xavier pointless. But since it’s Magneto – nothing really surprises me anymore.