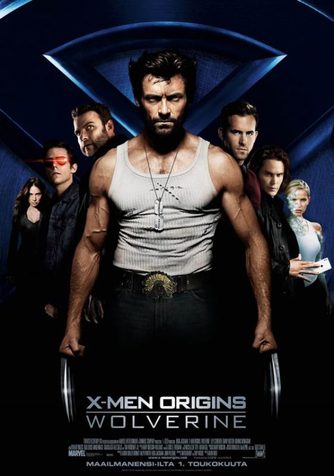 Minor Plot hole: Wolverine is Canadian but somehow ends up fighting in the American Civil War and subsequently in all US wars as a US soldier. Something very common amongst Canadians.

Minor Plot hole: When Wolverine knocks down Gambit on the ground when he is about to fight Victor Creed outside the bar; Gambit mysteriously teleports on top of a building and jumps down to attack Wolverine again.

Minor Plot hole: At the end of the movie, Deadpool/Weapon XI gains various mutant abilities including Wolverine’s super healing DNA. However, Deadpool’s mouth is sewed shut and can’t seem to heal. He also gains retractable Katanas the length of his own arms inside his arms. So, unless he is fighting, he can’t bend his arms…ever.

Minor Plot hole: Deadpool/Weapon XI is controlled via computer by entering keywords on a keypad like ENGAGE and DECAPITATE. This creates an enemy that is even more stupid than a Pokemon.

Major Plot hole: Cyclops meets Wolverine in this movie; although it is a prequel and they are not supposed to meet before the first one. Cyclops is thus wearing some kind of metal blindfold to not destroy the continuity. Still, various other mutant friends were saved by Wolverine; which makes it unbelievable to think that Cyclops would not hear again about the man who saved his life.

Plot contrivance: Wolverine can stop intense lasers that destroy concrete with his claws and can redirect the blast back at his enemy DragonBall Z-style.

Retroactive continuity: In the last movies, Wolverine was shown to have lost his memory after his adamantium operation. In this movie, he remembers everything after the operation up until he is shot in the head with adamantium bullets.