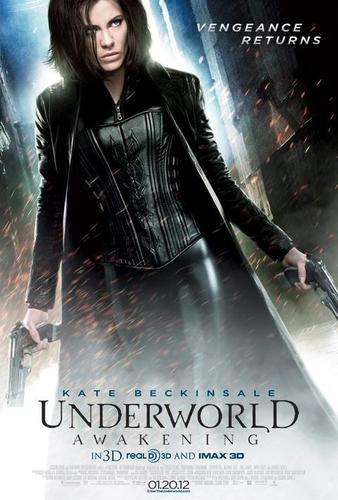 _ Minor Plot hole: When the Lycans are running after Selene and her daughter on the highway, they decide to hop on top of civilian cars in order to get to the escaping van faster. However, it is confusing to see how any of these cars can move at all considering the weight of the massive testicles that are attached to each of their respective drivers who are simply just too cool to give a single shit about the 300 pounds werewolves that are violently landing a few inches above their heads. No one screams, no one breaks, no one rams their vehicle on the side in a chaotic epileptic seizure – everyone is having a good time ! Minor Plot hole: 12 years after being held captive in a giant Popsicle, Selene finds her clothes a few feet away from her, creating an absolute dissatisfaction in the minds of males worldwide who can’t accept how silly it was for the Antigen villains to keep Selene’s clothes for more than a decade….and because, you know, limited boobies screen-time.Plot contrivance: Selene has some pretty sweet superpowers. The most interesting of them all being her teleportation-like speed. It qualifies as the most interesting not because it is her strongest, but because she only uses it against human enemies and somehow can’t seem to be able to activate it against Lycans – the only fights where it matters. Plot contrivance: In modern war, you have two options for your outfits: practical or slutty. Thankfully for the audience, Selene chose the latter: a skin tight leather outfit with no pockets or gun holders. Which is surprising considering the amount of times she recharges her handguns throughout the film – and very much so surprising when she pops out a few grenades out of nowhere in an elevator shaft. (You dirty Selene….)Unaddressed Issue: Dr. Lane is either a bad scientist or a freaky spender. When the time comes for him to put Eve to sleep in order to harvest her organs, he sprays sleeping gas all over Eve’s cell room, which happens to be the biggest and most luxurious cell room you’ll never be able to afford yourself in your own home without being a millionaire. That said, it means that Dr. Lane had to spray a shit load of gas in that room to make it thick enough to force the violent Hybrid to sleep. Could it have been simpler….I don’t know…..to put her in a tiny cell ? Considering his ultimate goal was to make her fall asleep in the first place, Dr. Lane is either retarded or doesn’t believe in sound spending policies. Take your pick !