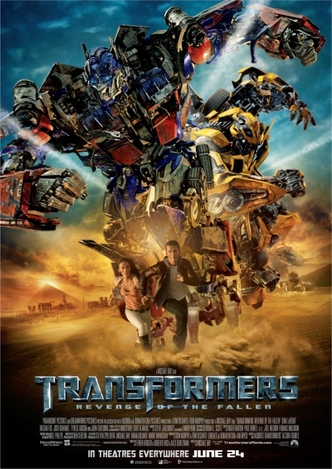 Major Plot hole:The Autobots and the United States Army form a covert team (NEST) that hunts down hiding Decepticons. Even if the last movie showed thousands of people witnessing a giant-robot fight in a big city, and even if at the beginning of this movie thousands of new people witness a giant-robot fight in Shanghai; no one seems to believe in the existence of transformers.

Major Plot hole: A Decepticon-Pretender (Alice) is sent to study at Sam’s new college just in case they need to capture/kill him. Why bumblebee didn’t attack her or tell Sam about her when he had the occasion is also a mystery.

Major Plot hole: Megatron comes back to life because of an AllSpark cube’s shard. In the last movie, the AllSpark cube is what caused him to die. If now the cube’s shards revive robots, why wasn’t the second shard used on Optimus Prime?

Super Plot hole: It is said that only a Prime can beat the Fallen. Then why is it that in the past, there were 8 Primes that could have destroyed him, but instead chose to melt all their bodies in order to create a cave to protect the matrix of leadership? Wouldn’t have it been simpler to not commit suicide and simply  kill the fallen 8 vs 1?

Plot contrivance: When the Autobots save Sam from the Decepticons; everything is contrived so that Optimus Prime fights 3 Decepticons at the same time in a forest. All autobots arrive a couple of minutes after Optimus; even though they left at the same time  following the exact same path at the exact same speed. Or are we to believe a truck is faster than sports cars ?

Unaddressed Issue: Jetfire, the old Decepticon in the museum, is able to teleport himself and his new human allies in Egypt. No other transformers in the franchise is able to teleport. No explanation is given to his special and unique power; he just has it.