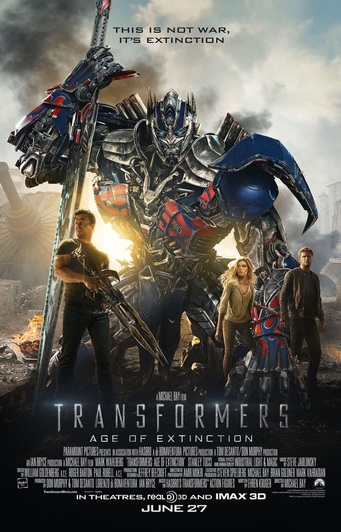 Minor Plot hole: Optimus Prime has weapons that can cut through almost anything. He is seen destroying walls with his fists and slashing through decepticons like butter with his energy swords. So when the script needs him to be out of the fight for a few minutes, Optimus gets entangled in construction wires. He is immobilized for a few minutes, he doesn’t try to free himself with his swords or his free arm, no decepticon even shoots at him, and only when 3 other god-damned autobots climb the building can he finally be set free.

Minor Plot hole: The script mentions that humans installed energon detectors in big cities around the World in order to spot decepticons. Nevertheless, they did not spot the tiny decepticon wristwatch that Sam carried with him inside various U.S military bases. Oops.

Minor Plot hole: Sam tries to save Carly from a building. This building is unfortunately right beside the one were Sentinel Prime and Megatron are standing on. Why didn’t they react to Bumblebee firing at their human allies? They were right beside them!

Minor Plot hole: There are hundreds of decepticons robots and spaceships on the dark side of the moon. And yet, none of them tried to help Megatron or the Fallen in the last two movies. Why did they stay there ? Under the surface ? Why wait for a teleportation device to go to Earth if they had all those spaceships with them?

Minor Plot hole: When Cybertron is slowly teleporting itself right beside Earth, nothing happens to Earth’s tides and there is simply no additional gravitational forces of any kind.

Major Plot hole: Sam Witwicky can’t find a job even though he saved the World twice. Not only can’t he find a job, but no one recognizes him. He would be a major celebrity by now, even if he tried not to be.

Major Plot hole: Optimus Prime is sometimes retarded. Let me explain.The Autobots had a plan to return to Earth even though they were launched in space. After Starscream destroys the rocket, everyone assumes all the autobots died. When they all show up in the final act and reveal the ruse, Optimus mentions that it was needed in order to make the humans realize they needed them and also that it would give them an edge in the fight: an element of surprise.

But since they let Bumblebee fly a plane with Sam in order to save Carly, a long time before they even did anything themselves, there was no real element of surprise. All the decepticons were ready once the other Autobots entered the inner city. So basically, Optimus created a plan where they would let thousands of people die in order to get an element of surprise that they did not even use. Good Job!

Major Plot hole: Optimus Prime is sometimes a psychopath. Le me explain. At the conclusion of this epic explosion-porn trilogy, Optimus is saved by Megatron. Megatron clearly shows that he does not want to fight and amusingly mentions that they both need each other.

Plot contrivance: When Sam tries to save Carly and points his gun at Dylan Gould, he fails to hear the bird-like robot loudly transforming right beside him for at least a good 5-seconds.

Plot contrivance: When Sentinel is fighting Optimus, he reaches out to all decepticon ships to attack Optimus. We then see that those dozens of ships were standing still and doing nothing before Sentinel told them to attack, even though Chicago was transformed into a robot war-zone for the past few minutes.

Plot contrivance: The Decepticons who were all hiding in a desert  were not detected by human radars and satellites at the beginning of the movie.

Plot contrivance: Sam Witwicky has made it impossible, on two occasions, for the Decepticons to succeed in their devilish plans. When they finally have a chance to kill him with the watch attached to his wrist, they decide to be virtuous and let him go and forget all their animosity towards him.

Unaddressed Issue: Megatron, the leader of the Decepticons, makes a deal with Sentinel Prime, the leader of the Autobots. Why did they have to meet secretly on Earth to discuss their alliances if they were both the leaders of the two respective sides of the war. Couldn’t they just stop the War ? Why didn’t Megatron order his troops to not shoot at Sentinel ? Why keep the alliance secret if the purpose was to stop the war?

Unaddressed issue: Megatron transforms in front of Elephants and zebras and tells them ” All hail Megatron! ” Why? Seriously. Why?