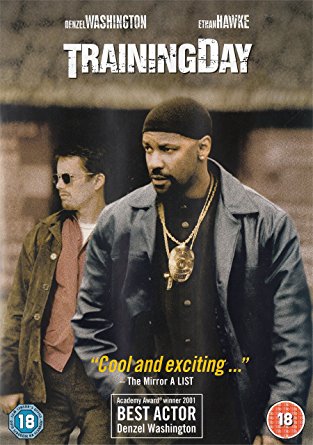 Major Plot Hole: The entire plan of shooting Roger the Dealer makes no sense. There was no need to justify Roger’s shooting, if the final goal was to steal his money. Characters could have simply killed him, grabbed the money, cleaned the place and left. The entire scene would have looked like drug dealer’s revenge, and no one would reveal the truth.

Alternatively, they could have shot Roger, taken his money together with the corpse and dispose of it so that nobody discovered where the man was missed. All in all, they were the only witnesses, and if they kept the secret, there would be no reason to explain the scene.

Another idea: they could have shot Roger, taken his cash and make a fire in the house. After that, they would have left, and the agents from fire department would find Roger’s body with bullet holes. Both fire and water would have destroyed the traces of them digging up the kitchen floor, and unless they turned on each other, no one would reveal that corrupt police officers participated in that.

Minor Plot Hole: The actress playing Chino niece (the leader who was asked to kill his partner) who was saved from death by Alonzo’s partner is definitely much older that a high-school student she’s trying to portray. There’s 7-12 years difference at minimum.

Unaddressed Issue: When Alonzo meets with corrupted police officers and a judge, he takes the trainee officer with him. It was the first time Alonzo saw the trainee – he didn’t know him before. Why did he reveal who these people were to a person whom he had no reasons to trust?

Unaddressed Issue: Alonzo knew that the Russian gangsters were tracking him to murder. Why did he return to his girlfriend’s apartment? To be found by the trainee who was paid by Latino gangsters to kill him? Los Angeles is a huge city. Wasn’t there any place for Alonzo to hide and wait until he gets out of the city and can revenge the Russians?

Unaddressed Issue: Los Angeles metro area is huge: it’s the size of the state of New Jersey. The Russian gangsters looking for Alonzo couldn’t have found him so quickly – there were tens of ways he could leave the city.