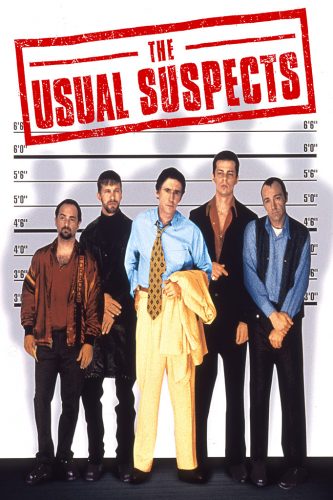 Major plot hole: the entire plot of the film is not thought over neither by the writer, nor by the director. Actions don’t make sense when you start analyzing them. For example, instead of waiting for a minor weapons charge (which people usually do in such cases), Verbal Kint spins a wild yarn around Keyser Soze (the main criminal in the movie). Another strangefact is that Dave Kujan (the one who was questioning Kint) didn’t ask about Soze and, probably, didn’t even know who he was.

Major plot hole: If Kint had sat and waited for lawyer’s help to bail him out (or at least simply had run away, because he wasn’t injured after ship explosion), no events described in the film would happen at all. And in the final of the film, Agent Kujan reveals that there’s such character as Keyser Soze, and learns what he looks like.

Major plot hole: Verbal Kint learns about the existence and appearance of Keyser Soze in the end of the film. But when someone asks what language the ship sailors are using, Kint says it’s Hungarian. How could he know that? He wouldn’t be able to define the language unless he had heard it before, and is more of less familiar with it.

Unaddressed issue: Agent Kujan didn’t take a look at the details in the office, while Kint was telling his story. Had he done that, he would have understood that Kint was describing some story elements from “Wanted” posters and other things scattered around the room.