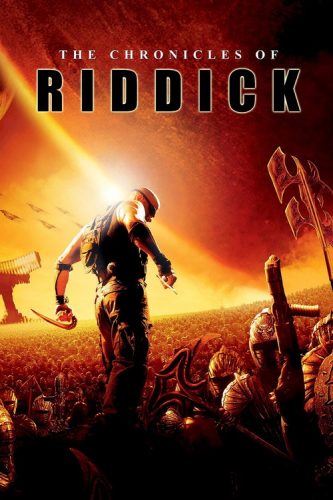 Major Plot Hole: One character described the temperature difference betwee the day (the hot side) and the night side on the planet Crematoria. It was mentioned that the day side had 700 degrees temperature, while the night side – 300 degrees below zero. Any of this temperature would instantly kill human beings without protection. But when Riddick and his team leave the penitentiary and travel to the hangar, all they wear is just cloaks, and nothing on their heads, faces or hands. They should have frozen and die within a couple of minutes.

Major Plot Hole: Riddick calculates that the prison is 16.5 miles away from the hangar (about 26.4 kilometers). Let’s guesstimate: the best marathoners can run 26 miles in some 2 hours or more on a flat ground. Riddick and other convicts who ran with him over volcanic surface with hindrances here and there, and even had to shoot the guards who chased them. Even if they took a slightly shorter route, the movie does not allot enough time for them to reach the hangar before they would be burnt by the heat of the rising sun. Theoretically, they couldn’t be able to do that.

Major Plot Hole: Since even slight changes in temperate cause winds, such serious alterations of temperature as shown in the film should cause severely strong winds. But the film doesn’t show that, though there must be the wind because of which people wouldn’t be able to stand. Hurricanes would be possible in the “temperate zone”, as well.

Major Plot Hole: For some reason, Necromongers started looking for Riddick in the spaceship hangar in Crematoria. But why didn’t they start with prison, if this is a prison planet?

Minor Plot Hole: The Air Elemental could change her state from solid to near gaseous, which she did from scene to scene. How the Necromongers kept her imprisoned in chains, if she could change from solid to a gas? She would be able to escape instantly.

Unaddressed Issue: Time lapses shown in films are very strange. For example, it took Riddick from several days to a week to make his way to Helion Prime (where the vast majority of film events took place), and at the same time, it took a few hours to get to Crematoria. Besides, while Riddick travelled back to Helion Prime within a few days, while the Necromongers spent a few hours on the same way.

Unaddressed Issue: The Purifier who stayed in Crematoria told Riddick the message from the Lord Marshall. He claimed that if Riddick stays away, Necromongers will stop chasing him and he’ll be safe. Why would Riddick believe in that, if it was obvious that the Necromongers made such a long way to Crematoria only to kill him. The protagonist wouldn’t be that naive!