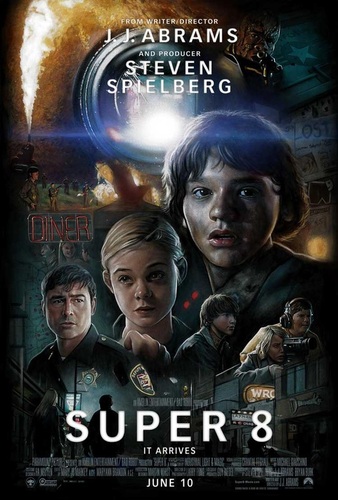 Minor Plot hole: A truck can derail a military train. A truck will be less damaged than a train in a face-to-face impact. A truck’s driver will survive a face-to-face impact with a train. A train will not only be derailed by a truck, but completely destroyed all over the place.If the scientist knew he could derail a train with his truck, why did he stay in it ? If the military knew that a truck could derail a train, why was there no precaution to stop potential truck-drivers from derailing the train ? If the creature was strong enough to escape from the train, why wait until the train crashed ? If the creature only needed all its alien cubes to re-create its spaceship, why not do it on the spot with all the cubes right beside him ?Does it create an incredible action sequence ? Yes. Does it make any sense ? Nope.Minor Plot hole: The Air force does everything in its power to keep the alien-issue as secret as possible from the locals. This is why they let children film their operation on two separate occasions before actually doing something about it.Plot contrivance: The kids are able to convince the Stoner to take his car and drive them back to their school. But they were in a military base where the plan was to actually contain them there. How was it possible for them to sneak out of the base, let alone escape with a noisy car ?Unaddressed Issue: The alien created a huge cave underneath the small town of Lillian. Where was all the dirt ? It had to be in the city somewhere.Unaddressed Issue: Joe, Alice and Carey are stuck at the end of a cave with nowhere to run. The creature finds them and after a quick talk with Joe, decides to spare their lives and go on with his business of rebuilding his spaceship. BUT THEN, the scene cuts to the 3 kids reaching all the other adults at the city’s center. How did they leave the cave ? With the magic of editing !