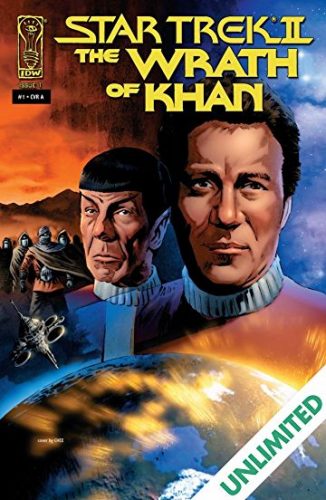 Major Plot Hole: Despite the fact that the Star Fleet was aware of the events that took place in “StarTrek: The Original Series episode Space Seed” and did know that Khan and his group were stranded on Ceti Alpha V planet for some reasons, they decided to organize the Genesis terraforming experiment on the nearby planet – Ceti Alpha VI.

Although they had a wide choice of testing equipment, USS Reliant (the spaceship that scouted planets for Genesis Projects) couldn’t figure out that Ceti Alpha VI has exploded and displaced Ceti Alpha V out of its orbit. The plot is spoilt entirely by the fact that no one bothered to think what happened to both Ceti Alpha planets. This serious oversight caused the Reliant to take over Khan and some members of his group.

Major Plot Hole: Khan recognized Pavel Chekov, but this character wasn’t included in the episode where Khan first appeared. There’s no proof that Khan had ever seen him before, or even heard of this person while staying on Enterprise. As far as Chekov wasn’t included in the bridge crew (Walter Koenig, the actor, didn’t appear on the series at the time), it’s hard to understand how Khan could recognize him.

Minor Plot Hole: Khan mentioned that he was last on Earth more than 100 years ago, which must be a mistake, because Khan is aging.

Minor Plot Hole: Khan seems to be the only person in his group who has aged. Since the episode Space Seed, all of the augmented people are pictured as adults (some are in their 30s and 40s), while Khan’s present crew consists of people in their 20s. 15 years have passed by (Khan mentions that), so unless they were kids when Kirk stranded them (which would raise some ethical issues), why didn’t they age?