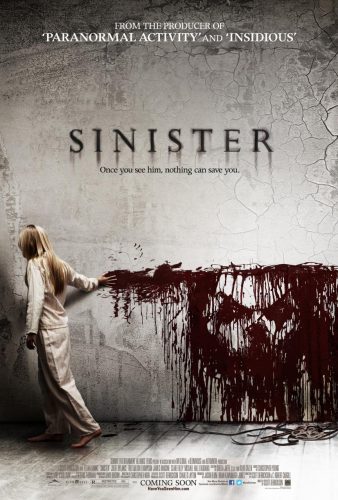 Major plot hole: When the Deputy reveals the series of interconnected serial murders, he doesn’t inform about it neither the FBI, nor his sheriff or other agencies investigating such crimes. It’s not clear why he didn’t tell anyone except Ellison because it would mean that the killer remains free and can murder someone else and the Deputy might be fired for not reporting such serious criminal activity. That’s a very stupid action of him.

Major plot hole: Ellison and his family members get intoxicated with drinks that contain antifreeze. There are two issues in this scenario. First, antifreeze contains a chemical that improves its taste (to avoid poisoning of pets and animals). Any person with an adequate sense of taste wouldn’t simply swallow a drink without realizing there’s antifreeze in it (that applies to all retail antifreeze products). Secondly, in order to become sleepy or nauseous, an adult person should drink more than a small cup of antifreeze. The main component of antifreeze, ethyl glycol, can make a person pass out if drank in minor quantities. However, it’s not available to the public. Besides, it’s colorless, and Ellison wouldn’t be able to detect it by sight, as was done.

Minor Plot Hole: Why moving to the house where people were killed in order to write a book about such events? Any adequate person wouldn’t even approach the home with a notorious reputation but seems like even movie characters who didn’t know a thing about writing decided that it was okay. Nobody commented upon this fact.

Minor Plot Hole: Scorpions do NOT live in Pennsylvania: they prefer deserts, sub-tropical and tropical areas. But when Ellison reports about seeing one to the local Deputy, the man doesn’t look surprised at all and doesn’t say that this is an ecological exception from the rule, and some scientific research should be considered.

Unaddressed Issue: Characters in the movie don’t switch on the lights to navigate in hallways and rooms, though there were no evident reasons to walk in the darkness.

Unaddressed Issue: It seems strange that Vicent D’Onofrio, the professor who collaborated with Ellison and did research for his book, doesn’t ask Ellison what kind of book he was writing until the end of the movie. It would be logical to ask such things right from the start because he would need to make quotes and list the book as a reference.

Unaddressed Issue: We see how Ellison is splicing the film together, but it’s never mentioned where and how he learned to do that. Since there’s the entire profession dedicated to this craft, it seems to be a pretty hard task. Ellison does that expertly, seems like he mastered this skill.