Pirates of the Caribbean: On Stranger Tides Plot holes 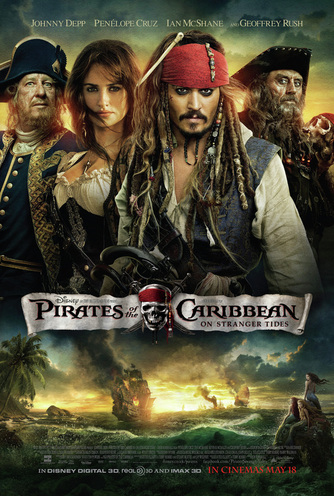 Minor Plot hole: When BlackBeard attacked the Black Pearl prior to the events of the film, Barbossa explains to Jack that in order to survive he had to cut his own leg with his sword……instead of cutting the ropes that made him prisoner in the first place. Since it was only showed that BlackBeard’s magic made inanimate objects come to life, there is no indication nor implication that the ropes became somehow stronger than before. Why did he cut his leg ?Minor Plot hole:  Halfway into this script, BlackBeard’s ship is experiencing a severe case of mutiny engineered by Captain Jack. People are fighting everywhere and the zombies are almost impossible to beat. Out of nowhere, Jack and Scrum decide to stop helping the other warriors and to climb the ship’s mast in order to free another man who can help them in their difficult quest: A priest who vowed to never use violence ! Jack knew this, he wanted the mutiny to succeed, what was he doing there ?Major Plot hole: The fountain of life supposedly takes the remaining years somebody has left and gives them to the other person. Blackbeard is killed by the fountain and his remaining life saves Angelica from the poison. However, the prophecy from earlier in the film stated that Blackbeard was going to be killed right there by a one-legged man, meaning he had no remaining years or even minutes left of his life, so Angelica should have died regardless. Plot contrivance: Prophecies ! The emergency writing process when a screenwriter wants a conflict or a chain of events to happen without thinking too hard. In this movie, BlackBeard hears a prophecy from a member of his crew saying that he would get killed by a one-legged man in a near-future. Obviously, enlightened by such raw wisdom from a guy who is too cool to even be featured as an extra, BlackBeard has no other choice but to believe him and fuel the driving conflict of the film. Lazy writing wins !Plot contrivance: Syrena is freed by the plot-wise useless priest. She flees deep into the ocean. But somehow, she comes across the 2 chalices that the Spanish tossed in the water. Then somehow, she randomly decides to bring those chalices up to the surface and is lucky enough to appear right in front of Jack Sparrow who was luckily needing the chalices at this exact moment. Ok, whatever, maybe a mermaid friend gave her a prophecy too.Plot contrivance: A woman who is a few inches shorter than Jack Sparrow, who has a very thick spanish accent, who is, you know, A WOMAN, can pass as the famous Captain Jack Sparrow without any sailors noticing any differences.