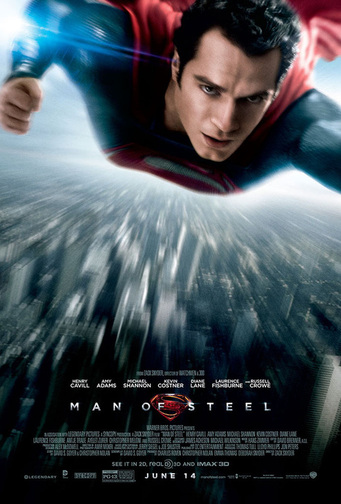 Minor Plot hole: No one figured out Superman’s identity at the end of the movie even if

5)  The conspiracy theorist who initially published Lois Lane’s story could decipher it on his own, or with the help of the online community that might have developed a keen interest on the flying god living among them

Minor Plot hole: Clark Kent controls himself to not punch a misogynist douche-bag who throws a beer at his perfect and sexy head and instead opts with the more subtle approach of ramming his truck with a dozen wood logs. Not only is this physically impossible to do for anyone on the planet, thus raising major alarms on his identity, it is also physically impossible to do without anyone noticing it inside the bar while it is happening.

Can you imagine the sound a truck would make while it is getting gang-banged by the forest in a parking lot right beside you? That would be loud. But no one heard a thing. No one heard a thing because Zack Snyder wanted to make a funny visual joke in the movie – forgetting along the way that the opportunity cost for his amusement was a few of our brain cells.

Minor Plot hole: Ancient Krypton traveled on Earth 18,000 years ago; docked their still-operational ship in the arctic; probably group-masturbated for a few years since the North Pole in 16,000 BC was not the best place to study human civilization; and decided it was a good idea to die in their ship and forfeit the possibility of going back home to their friends and families. And that is, in a nutshell, the ‘’Nolan-realistic’’ version of the Fortress of Solitude, which ironically enough, is even more retarded than the original comic-book version.

Minor Plot hole:  Why did Krypton need to put the individual Popsicle-prison cells in a functioning spaceship to send in the phantom zone instead of just launching the cells alone? If you only send traitors in the phantom zone, does that mean the whole spaceship was automatically operated without a crew? And if you didn’t need a sacrificial crew to control your ship, why would you need to send a ship? And wait, better question! Why the hell is it so complicated to keep the prisoners in a normal full-security prison on Krypton? You froze them! They can’t do shit! What’s the point of both freezing a prisoner and sending him to a void dimension where he can’t escape if any of the two is enough?

And wait, better question! Why does the Phantom zone cancel itself when Krypton gets destroyed? Does it run on electricity? And if it does, does that mean an EMP attack would free them? But even when Zod and pals are freed, they are automatically de-frozen, which doesn’t make sense. Is the spaceship equipped with an automatic program that super-heats the Popsicle the second it is out of the phantom zone?

Minor Plot hole: Metropolis is getting literally screwed by a giant alien laser that sends gravity-defying shock-waves around the streets….and no one seems to think it might a good idea to get the hell out of the city. You want countless examples? Fuck you – you’ll get 2:

1)  Morpheus is in the Daily Planet building with his staff when they see the laser entering the ground for the first time. Only when the shock-waves are getting near their building after a few minutes do they finally say ‘’ Hey guys, time to leave this cataclysm!’’. Congrats morons. Most people would have left the city the second that big black testicular spaceship entered the skyline.

2)  When Zod and Superman are fighting in a museum in the center of Metropolis, there are still dozens of people enjoying their family-time together while their neighbors are getting shredded to pieces by gravity-shifting elbow drops. This scene is literally 20 minutes after the first laser blast destroyed many buildings. Didn’t they hear anything? Didn’t they feel the floor was unusually collapsy that day?

Major Plot hole: You can’t put glasses on Clark Kent. I know it’s the official origin story but it doesn’t work at all for the 21st century. How much of an imbecile do you have to be to disguise yourself with only a pair of glasses around people who saw you do Superman shit? There are HD cameras everywhere; everyone on the planet probably has a poster or a screensaver of you in retina display. As technology improves, the Clark Kent costume simply becomes completely laughable. It needs to stop. Take note Hollywood.

Major Plot hole: Krypton makes no sense. At all. Let’s look at it in its simplest form: A dying planet inhabited by technology gods who developed galaxy-scope space travel and terra-forming machines…are not aware that their own planet is on the verge of exploding (except for 2 guys) and are not using any of their machines to save their fate. It’s like Prometheus all-over again.

Major Plot hole: Jor-El created a slick spaceship called ‘’Orphan Express’’ for his son to travel toward Earth at a deadly accelerating close-to-speed-of-light cruising speed with the overwhelming confidence that a 24-hour old toddler who is still a newb at breathing would not collapse on itself or vomit liquid-shit all over its terribly dark and scary crib. In fact, space Russell Crowe was so proud of his Orphan Express that the basic logical thoughts of ‘’maybe I should have created a bigger spaceship for my whole family instead of dooming my son to a life of complete stigma’’ and ‘’Wait. Why do I need to die again?’’ were completely lost on him.

Major Plot Hole: If Jor El created the spaceship that Zod and everyone was in while in space, Why didn’t he just put it in hyperspeed and self destruct it or dropped it in the sun after Lois and Superman get out?

Plot contrivance: If Zod really wants to kills the family at the end, why not just move his eyeballs? It’s not like Superman was holding them in place: they were completely free!

Plot contrivance: An oil rig explodes sending dangerous material all over the ocean. All aquatic life tries to leave as fast as possible following their survival instincts – except for whales, except for CGI whales that are guided by Zack Snyder’s boner for spectacle over logic.

Plot contrivance: Lois Lane has the super-power of being able to teleport where the script needs her to be even if she is physically too far to succeed. At the end of the movie, after Superman snaps Zod’s neck, Lois shows-up at the exact moment of his death even if Zod and Superman were fighting for 10 minutes in the sky through multiple buildings before crashing in the museum.

Plot contrivance: Lois Lane gets asked by Faora to board the Krypton spaceship to get information about Superman…. while Superman is also going to be boarding the spaceship. God this is stupid.  Since Lois Lane has no justification in the movie, she has to be shoe-horned in even though it makes no sense for her to be there – Just like the ending where she is on-board the US bomber, for again no reason, except having to be rescued by Superman later on.

Plot contrivance: It is both daytime when Superman is fighting the hentai-machine in the Indian Ocean and when the army is fighting Zod’s ship in Metropolis in the United States.

Plot contrivance: At the end of the movie, everything is flowers and puppies and everyone goes back to work at the Daily Planet building that was lucky enough to be basically the only saved skyscraper from the mayhem. Life completely changed for everyone: aliens exist, half of Metropolis and its population is dead and destroyed, but we need a happy ending so everyone smiles and is happy to work.

Plot contrivance: If you want a job as a reporter at the prestigious Daily Planet, you don’t need any journalistic experience, simply having tried a few unrelated jobs here and there like fishing crabs and bar-tending will get you the job. In fact, those same impressive credentials will also land you a great job as a military aid in the North Pole  – because you never know when you will need to bar-tend those crazy snow crabs to save your life.

Plot contrivance:  It is funny that the US army, of all people, would not be able to do an effective background check on Superman while Lois could.

Plot contrivance: The US army creates a black hole to destroy Zod’s ship but it then disappears for no reason instead of staying there and accumulating more mass until the whole of Earth was part of it. The army was like ‘’Fuck yeah, let’s create a black hole over our biggest city, our knowledge of black holes is very similar to our tangible experience with them, which is jack-shit, but we are confident that this plan will not backfire at all because an Alien high-school drop-out with no formal scientific training told us it was a good idea’’.

Plot Contrivance: The planet drill is destroyed. Dr. Emil used his scientific brilliance to turn the “on” switch on Kal’s spaceship. Zod and his entire army are about to be sent back to the phantom zone. All Kal has to do is push the “fortress of solitude” ship with Zod at the helm into the newly created phantom zone/ singularity/blah-blah hole then it’s a wrap. Instead Kal crashes the ship on Earth, stranding it and Zod. This results in two inevitable consequences. 1) Kal must battle Zod in a brutal fist fight destroying several buildings and killing more people. 2) There’s a crashed alien spaceship filled with advanced technology and weaponry for the US military to play with. That will end well. Way to go, Kal.

Unaddressed Issue: Jonathan Kent seems to be a psychopath. Let’s look at a few symptoms:

2)   When presented with a choice between saving a bus-load of screaming friends from drowning versus protecting his secret identity from humans that cannot physically harm him, Jonathan would choose to let all his friends die in a melodic echo.

3)   Jonathan wants to teach his son about restraint: this is why he needlessly marches into a tornado to save a family member that can be replaced for 100$. His wife becomes a lonely widow and his son an emotionally scarred wandering vagabond, but he will have learned a valuable lesson: his dad was fucked-up.

So I guess the question is: why was his dad like this?

Unaddressed Issue: Why doesn’t the US army send a few missiles at the laser-machine in the Indian Ocean? Yes Superman can go I guess, but doesn’t the US have battleships and carriers and submarines all around the globe? They could have launched a tiny part of their foreign arsenal, let’s say: a few hundred missiles, to stop the machine from starting its operation before Superman even showed-up.

Unaddressed Issue: Where did Clark learn to fight? He never fought in his life – this would have resulted in the death of his peers. So technically, we can safely assume he probably never threw any real punches to moving enemies before the movie even began. And yet, he has to face Zod and his army of trained Krypton soldiers and he is able to fight 2 soldiers at a time and win without any problem. How does that work?

Unaddressed Issue: Superman’s suit is more than 18,000 years old and it looks exactly like the ‘’new’’ armor that all Krypton people wear. But this is peculiar. Do you think we dress the same as our 16,000 BC ancestors? Or that people in the year 20,000 AC will dress the same as us? Shit, we barely dress the same as our parents did. But apparently, fashion and textile technology radically came to a halt for Krypton. Or the screenwriter simply stopped caring. One of the two.