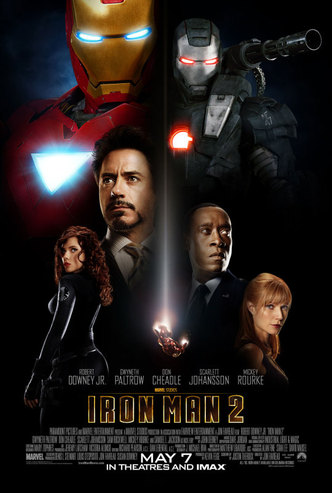 Minor Plot hole: When a movie is PG-13, some scientific facts are destroyed in order to keep the movie clean. Because otherwise, all the audience in the Stark Expo auditorium would have been sliced and diced by the glass rain caused by the flying drones…including the cute child with the iron man mask.

Major Plot hole: When Ivan Vanko starts terrorizing the racing tracks in Monaco…no security agents try to shoot him. Indeed, he has some cool plasma whips, but it doesn’t change that fact that most of his body is exposed and a simple police officer could have shot him in the head or at least assist Tony Stark while he was struggling to survive without his suit.

Major Plot hole: Maybe it was explained in a deleted scene, but Ivan Vanko has the healing power of Wolverine in his legs. During the Monaco Grand Prix battle, Happy (Stark’s assistant) drives his car at full speed into Vanko’s legs and repeat the same maneuver TWICE. Still, it does not stop him from battling Iron Man afterwards.

Major Plot hole: When Ivan Vanko is fighting both Iron man and War Machine in the climactic final battle sequence, he decides to add an additional thrill to the fight by removing his helmet. And contrary to popular belief, Russian dreadlocks are not efficient against laser blasts.

Major Plot hole: Why is it that all the bombs that Vanko placed in the drones cannot explode on command and instead need to have a LONG countdown with a CLEAR indication of when they are going to explode? If Vanko knew he was about to die, would it have been more effective to simply detonate all the bombs instantly? (It is a rhetorical question by the way).

Plot contrivance: When Ivan Vanko escapes from the maximum security prison, the guard casually and sympathetically puts his hand on his shoulder and say: Hey, where are you going prisoner? The prison guard is surprisingly killed in one hit.

Unaddressed Issue: Most of the media is focused on Tony Stark’s revolutionary Iron man suit. Isn’t it weird that his other invention, the super-intelligent and free-willed JARVIS computer that constructs the Iron Man suits is not of any concern to anyone?