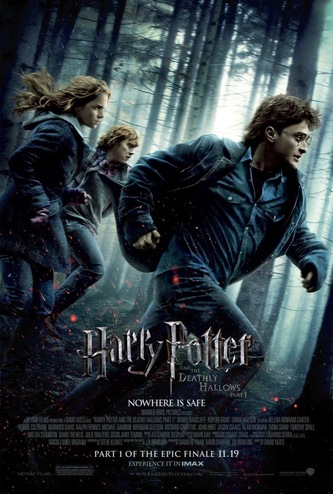 Minor Plot hole: When the heroes are prisoners in Malfoy’s manor, Harry has his face magically deformed by Hermione so that no Death Eaters can recognize him. Bellatrix tries to resolve the matter by showing Harry’s deformed face to Draco Malfoy instead of actually using magic on him.

Minor Plot hole: As seen in the initial escape sequence, powerful wizards cannot differentiate the real Harry Potter from decoys while Hedwig can. A dark wizard who can break his soul into 7 parts (1 part being in Harry) and fly without a broom is completely surpassed by an old owl. If the connection between Harry and Voldemort is so strong, how was it impossible for Voldemort to spot the real one?

Major Plot hole: Although this plot hole can be connected to every Harry Potter movie; it seems too easy to secretly enter the Ministry of magic. In a world where teenagers can create potions to look like other people and where strong wizards can control the minds of others, it is surprising to see that there are no magical defenses in the ministry to spot someone who is mentally controlled by magic or impersonated by someone else.

Unaddressed Issue: In order to protect her muggle family and whereabouts, Hermione erases her parents memories of her. However, simply removing the memories might not be enough to explain a completely furnished girl bedroom in their house, various empty photo holders spread across the walls and many neighbors who can swear to have seen a little girl grow up with them.