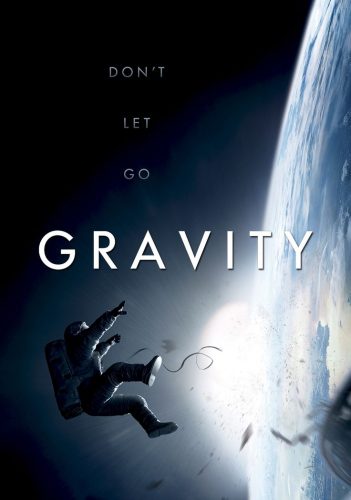 Major Plot Hole: The orbital altitude of an object depends on its speed. When its speed slows down, its orbit degrades, which results into reduction of altitude. The faster something orbits the Earth, the lower its altitude is. Therefore, space debris couldn’t have caught up with the astronaut after 1.5 hour, because it would have slowed after the first impact and lowered in orbit. It should have taken much longer to reach the station than it did the first time.

Major Plot Hole: Orbital debris usually travels at the speed of (or the speed exceeding) a bullet. Therefore, a human eye cannot see it flying towards. Even if the debris could be seen (in case, if the items were very big), it would be impossible to turn away – a person could be able to notice it just before it passed or stroke. Therefore, the scenes where the astronauts see debris coming are impossible – they wouldn’t be able to see it.

Major Plot Hole: We see that Stone, the main hero, gets into her suit without breathing for 3-4 minutes. Although it could have been possible for her to hold breath for that time, the film doesn’t show that. Without environmental control and air, she should lose consciousness within a minute and die.

Unaddressed Issue: Communications satellites are placed below and above the altitude of the ISS (International Space Station). Therefore, the signal couldn’t have been blocked because the satellite is not at the same altitude as the station.