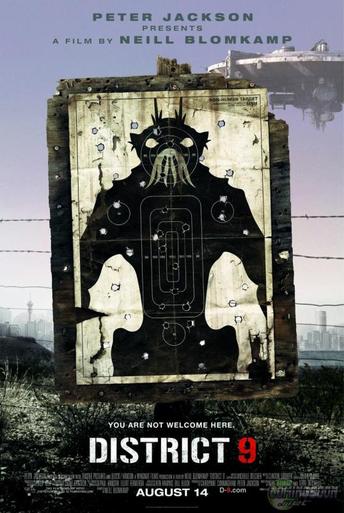 Minor Plot hole: Wikus and Christopher break into the MNU building with Wikus’ fingerprints and security code clearance…….after Wikus became a national fugitive in a city where his past employees wanted to cut him in pieces to harvest the alien technology.  Major Plot hole: For what seems to be many years, the Alien Christopher has been working on gathering enough alien fuel to pilot a small ship back into the Mothership so that he can escape from Earth with his son.  However, Wikus sprays an important amount of this crucial liquid in his face at the beginning of the movie. If Christopher was only waiting to have enough fuel in order to leave Earth, it means that he could not leave months/years prior to this day when he only had a fraction of that specific amount of fuel. Thus, the fact that Wikus accidentally sprayed some of it out of the container should have made it impossible for Christoper to try and succeed to  leave Earth in the first place.Plot contrivance: Johannesburg’s Television companies spotted a small ship detach from the Mothership and crash inside District 9. It was shown live on air. However, no governmental agent or any human for that matter investigated the event and/or searched for the ship and/or remembered such a device falling off afterward.Plot contrivance: Christopher has a secret hide-out under his home. Instead of keeping his gathered alien fuel in there, he decides to leave it in a lunch box on his table for anyone to take and steal. Since it was arguably the most important object in his life and since he had a secret hide-out (ship) under his home…..why didn’t he put it there ?Unaddressed Issue: At the beginning of the movie, humans cut into the metal alien doors of the Mothership in order to rescue the Prawns. In the end, two prawns escape from Earth in the same spaceship while no other alien ever went back inside. How could they fly off to space with huge gaping holes in the Mothership’s infrastructure ? Did they have additional doors to seal the ship and contain the air ?