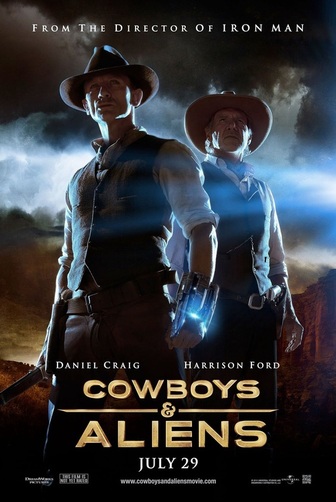 Minor Plot hole: The aliens are abducting dozens of humans every week or so in order to find the biological weak points of their bodies so that, when the full invasion comes in for all of the Earth’s supply of gold, they will be able to destroy all of them as efficiently as possible.

Hmm, I sure wonder what could be the weak points of human bodies when they are attacked by technologically advanced 10-foot tall almost-bullet proof insect-humanoids? Could it be, EVERYWHERE?

Major Plot hole: The aliens have the technology to travel through galaxies in order to absorb gold from above…..but forgot over their millenniums of technological evolution to develop freaking radars, motion detectors and the likes in order to spot humans taking 5 minutes to climb up their tall spaceship in order to drop a bomb. I mean, your grandmother would probably ear them with an earplug – why can’t those space-traveling geniuses figure this one out?

Major Plot hole: Ellen is revealed to be a benevolent alien from another planet that also got attacked by the gold-stealing ones. She thus decided to help the humans as much as she could by bringing no advanced weapons and no valuable intel to the cowboys. What was her plan exactly? Why did she reveal she was an alien only after getting killed? Surely the humans would have appreciated her input on the situation when half of the village got abducted.

Major Plot hole: The alien that killed Daniel Craig’s love interest is retarded beyond the human spectrum of imbecility. He attached Alice to a table and subsequently made her turn to ashes. Then, he is ready to do something similar to Daniel Craig who he sees to be fully conscious and NOT TIED UP to anything anywhere. He is simply lying on a metal table and can move all his limbs. So naturally, the bad alien does not mind, takes off his wrist weapon, puts it right beside Daniel Craig, starts his tiny flamethrower and proceeds to burn Daniel Craig’s side. Behold! Daniel Craig reacts to a pain stimulus by attacking the alien, burning the side of his face and accidentally taking possession of his alien wrist weapon. Shocking! Was that the alien in charge of inventing the radar?

Plot contrivance: Sam Rockwell’s character, Doc, sees fit to practice his marksman skills in an open-field just after the human group found the aliens’ main ship. Since they were preparing for a plan to attack the ship, they were probably not too far from it. Did no one think it would be unwise to let a man shoot for fun in an immense natural amphitheater that would blow their cover so easily? They were preparing a sneak attack….with a man making as much noise as possible at the same time. Good job Doc!

Unaddressed Issue: Ellen can be killed by bullets, but comes back to life after her carcass is dropped in an immense fire. Does that mean she is invincible? Or that she always rises back like a phoenix? If so, how could her race lose to those bad aliens if they get resurrected all the time? It’s like a whole planet of Call of Duty players in a never-ending team death-match: how do you stop them?