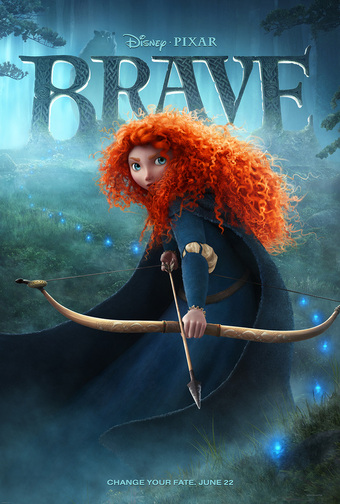 Major Plot hole: Yes, it’s a cartoon. Yes, Merinda is not the sharpest protagonist in town.  BUT why does she think it’s a good idea to bring her mother bear back inside the castle when it took everything to get her out without anyone noticing the first time? Her mother is huge, clumsy, deadly, noisy, smelly and Merinda wants to bring her back in a castle full of angry bear hunters. Did she think her mother could knit the quilt with her 50 pounds paws? Would it just be a hundred times easier to simply go in your room – take the quilt and knit it yourself without bringing your mother bear with you just to watch? She was lucky her mother survived when they escaped the castle – why take a chance again?  how can anyone process this kind of thought and not continuously drool on the floor? It’s simply too much. Plot contrivance: Speaking of dumb protagonist, it’s great to see Merinda in action with the Witch.Merinda: Make my mother be different.Witch: That’s kind of vague thank you very much. I have this tendency to use the same bear spell on anyone asking me anything without clear details. You could have said’ I want my mom to ditch the idea of wanting me to get married’ – that would have been simple.  But I guess you chose the path of imbecility – because if I wasn’t so sexually aroused by bears in general, I could totally do anything to your mom and it would still fit your wish. Transforming your mother into a dead fish would make her different too. Unaddressed Issue: Why are the three brothers cured from the bear curse at the end of the movie? The Witch only mentioned how to reverse the spell on the mother. Why does it affect them too? There was no destroyed link between the brothers and sister.