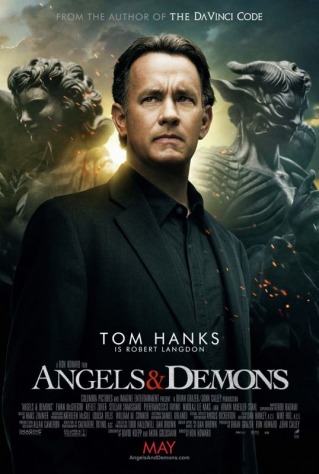 Minor Plot hole: It is revealed that the Pope actually had a son that turned out to be the Camerlengo. But this is a plot hole, Vatican Priests never had sex in their….Oh, wait.Minor Plot hole: In this movie, cool batteries lose their energy faster than warm batteries. It is also impossible for scientists to find ways to recharge batteries without their original chargers. Holy batteries are special I guess.Minor Plot hole: The killer hired by the ‘Illuminati’ has to kill 4 cardinals with Earth, Air, Fire and Water (in that order). However, he did not really kill the second cardinal with air. He pierced his chest so that he could not breath anymore. So a lack of air killed him, not air itself. This would be similar to kill someone with ‘fire/heat’ by trapping him in a huge freezer where he would die because of a lack of heat. But of course, killing someone with ‘air’ is actually hard to do if there are no close tornadoes at your disposal…or a car with a rubber hose. Major Plot hole: The Camerlengo’s scheme was impossible to plan. He knew that Dr. Langton would solve the mystery and find the anti-matter’s location a couple of minutes before it was set to explode. The Camerlengo thus needed Langton to fulfill his plan; although he personally tried to kill him in the Vatican Library by cutting the oxygen supply. Maybe that was planned too.Plot contrivance: When the heroes find the anti-matter underneath the Vatican, they decide that it is a good idea to let the Camerlengo go in a helicopter to lift the explosive high in the air to maximize the explosion’s power and area of effect. Instead of actually letting the bomb in the catacombs to contain the explosion. Way to go Robert!