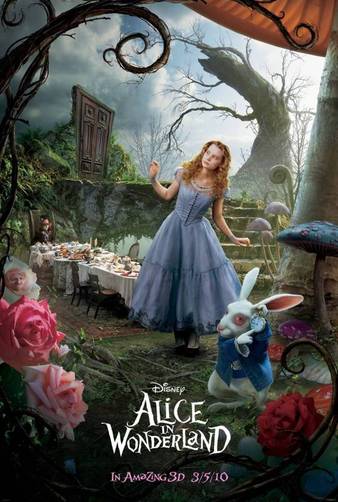 Minor Plothole: The movie is set during the Victorian Era in the 1850s. However, the screenwriter seems to have forgotten that a woman like Alice who publicly tells her parents in front of all their friends and connections that SHE will decide for herself what is better for her is not something typical for that set period. Indeed, it is unlikely that Alice would have acted this way and it is even more unlikely that her dad would do anything but wonder with what kind of object he should beat her head with.Major Plotohole: Half-way through the movie, the Mad Hatter gets captured by the Red Queen’s army. Alice is then compelled to save him by entering ALONE and UNARMED a castle filled with soldiers who want to kill her.What was her plan exactly?Major Plothole: When Alice sneaks at nightfall into the Bandersnatch’s den to retrieve the vorpal sword, we see her fail to open the safe. Afterwards, the scene is cut to another action and when it comes back…it is now day and Alice slept on the safe. Which means that Alice who thought it was not safe to enter the den during the day also thought that is was ok to sleep there and leave during the day when everyone would be searching for her.Super Plothole: In wonderland, there are special cakes that make you grow exponentially in size when you eat small portions of them. Isn’t it kind of retarded that the good or the bad guys did NOT use them to make their armies stronger? Alice could have snapped the Jabberwocky’s neck with her bare hands is she had taken 2-3 bites of one special cake. The same example could be used by everyone against anyone.